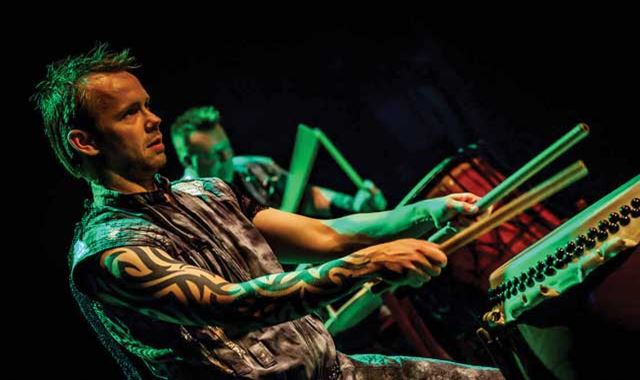 Originally from Lisbon, Portugal, Joao is a long-term resident of Glasgow, joining the Dojo training in 2006, progressing to the touring line-up in 2010, and becoming one of the integral members of the group from 2011 onwards. Joao previously was a kit-drummer in various rock & heavy metal bands, transferring his energetic kit-drumming style to the taiko drums, where he is a dynamic presence onstage.

Joao is a bright spark within the group, bringing his sunshine to the team on & off the stage, always performing at full-tilt, but never losing his sense of humour. Our resident funny-man.