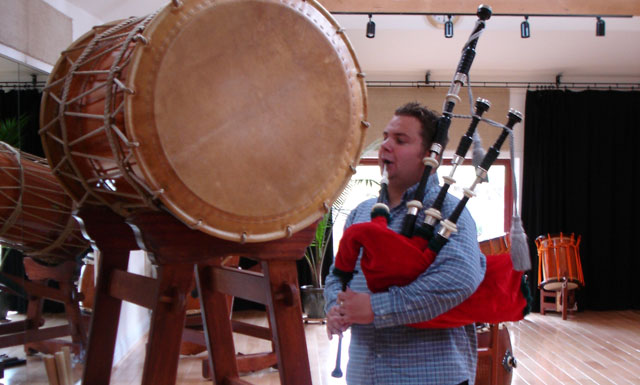 Mugenkyo push the boundaries of taiko through their collaborations, creating new music with a variety of musicians of different genres & collaborating with art-forms across the spectrum. They have collaborated with dance (contemporary dance, Indian dance, bellydance), with martial artists, with electronic music in a project for the Glastonbury Festival, to instruments as varied as bagpipes, harp, tabla, fiddle, to their most recent project with the Scottish National Jazz Orchestra.